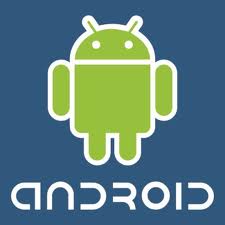 We’ve mentioned in the past that the iPad is the way to go if you’re going to invest in a tablet, it’s sleek, the apps go through a superior vetting process as opposed to the Google Play Store, and Apple devices require less customization overall. The Samsung Galaxy Tab is certainly out there making some noise. While it might be fun to play with, the Galaxy Tab is not good for much more than browsing the internet. It doesn’t have anywhere near the power or the versatility of the iPad when it comes to programs (apps) or working with data.

It’s lack of power aside, you want to avoid the Samsung Galaxy Tab because research suggests that nearly all of the malware that impacts mobile devices occurs with the Android OS. In fact, hundreds of new Android malware strains appear every day. Hundreds of thousands of apps made for the Android OS are malicious, many of which can be downloaded from the Google Play Store directly unknown to the user. The apple store is notorious for quality control of it’s approved apps for user download. Google Play store does not have these stringent policies when it comes to developers of android apps. This customization may be welcomed to tech people looking to obtain total control over their device, but to attorneys who simply wish to get their work done without security risks, you may want to avoid Android altogether. Additionally, almost a fifth of the apps found on Android devices have been found to leak user data.

To secure sensitive email data the iPhone and the iPad really are the best mobile devices on the market for attorneys. Apple just knows what it’s doing and is able to avoid the very large majority of malicious software.