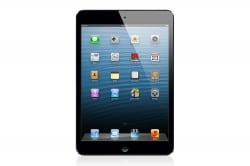 Today, almost everyone has a tablet. They’re light, compact, and easy to take from place to place. Apple’s iPad and Amazon’s Kindle Fire are the two tablets making a lot of noise right now. Should you purchase one for your practice? Let’s explore these big two.
The Kindle Fire’s operating system is a version of the Android. If you’re familiar with the Android phone, this might be a good choice for you, but I think you’ll find that it lacks the speed and versatility of Apple’s iPad.

The iPad is simply the highest quality tablet on the market today, and also the more expensive. Apple’s manufacturing is spot-on. The App Store offers a wide selection of business apps, including many more apps than one can find on Amazon or the Google Play store. Email and web browsing are superior on the iPad. If you opt for the newest version of the iPad, you’ll also find the processor to be lightning fast, leaving the Kindle Fire in the dust.

What are the limitations of using a tablet for work? If you’re a fan of Microsoft Word, you can run Word on the iPad with an Office 365 subscription but it will lack advanced features such as “Track Changes” that may be essential to your practice. Microsoft does intend to release Word for iPad, but the release date is still TBD. However, Pages, Apple’s version of a word processing program, is available on the iPad, and it’s simple to use if you’re coming from a Microsoft Word background.

The verdict? Maybe an iPad won’t replace – not yet, anyway—using Microsoft Word in the office. But it can allow you to have quick access to email, web browsing, and important documents stored on the cloud. Add to this speed, quality, and a wide range of business apps that you won’t find elsewhere, and the iPad becomes a worthwhile investment. The winner of the future technology wars won’t be about whats under the hood, it’ll be about which device is more support with apps. The better the apps, the better the device, and in this case Apple’s iPad is the clear winner. It should also be said that there was a plethora of iPad applications offered by document management systems to help you manage your firms on the go.