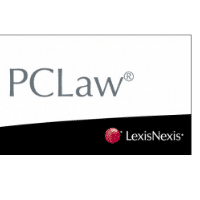 I gotta say that I am pretty tired of support not giving me good info when it comes to finding a solution to a problem. We have a client that uses PCLaw to handle the billing and time tracking within their firm. It’s usually a great piece of law firm technology. Every now and then it has a few hiccups but for the most part it’s solid. A user had a error maybe 3 months ago, they were time tracking and out of nowhere they got an error on a back-end server file and PClaw crashed, he lost his time and had to re-create the days billing which is a nightmare in itself. When he called Rekall support, he didn’t have the error code because he clicked through the window to avoid the crash, so we had nothing to go on. We called support and they said if it happens again, keep the box up and call again.

A few months go by and this happens again today. We call PCLaw support and their solution is to restore from a previous time when a certain file was not inflated. Basically, there’s a back end file that when it gets larger than a few 100k it makes things crash. This file happened to be 4,000k or 4MB which is huge for the file normally. In this case with PCLaw, when a file becomes corrupt, their solution is to fix the file through PCLaw and then if that doesn’t work, restore from a time when everything was working right. You might ask what happens to all the time you billed from now to the restored time? Well PCLaw’s solution is that your going to lose all that time so try your best to recreate it. We have many clients who use PCLaw and we have definitely done this a few times now. It is due to this issue that law firms have to lose days of time due to software errors. Sometimes your lucky and you can have an admin go in and take screenshots of billed time for re-entry which is a pain, but it works. Sometimes PCLaw is so corrupt that it wont even open, so screenshots or any other type of backup is not even an option.

I can’t believe they just expect law firms to be OK with losing a day or a week of data. So we tried to do a restore of the file, only to find that the backups didn’t have the right version of the file due to this error happening 4 months ago, backups go back 3 months, and even if we did have the data, do you think the client would be happy recreating 3 months of billable time? Our tech then called back PCLaw support and then they told the end user to see if it happens again, if so, they would get an engineer on it. Why wouldn’t you throw an engineer on it first before you tell a firm they are going to lose billable hours and try their best to recreate time. It’s basically money flying out the door when you lose a portion of your billable time. The restore should be a last resort, the engineer should be the first resort. PCLaw has very few flaws but this is most definitely one of the larger ones. If you currently use PCLaw, make sure you run a Verify Data Integrity a few times a month and when you get an error, STOP WORKING. Get everyone out of PCLaw and call support. Don’t wait for it to happen again because their only option for you may be to do a restore from 4 days ago, losing 4 days time. It’s just an unacceptable solution.