What you need to know about Fog Computing 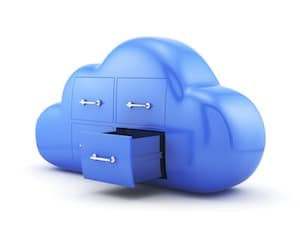 First, there was cloud computing – and now fog computing? No sooner has the cloud concept become clear, we have another concept to dive into, and why is it so important from a lawyer’s standpoint?

We can start by thinking about the cloud. You could envision “the cloud” as something up in the sky, but this is only part of the equation. The second part is when the data stored in the cloud is transmitted back to planet earth. Some of the problems you might expect if you took a trip to the cloud and back include the time spent in transit (latency), crashing (no explanation needed), and the quality of the trip itself. These issues are all inherent in cloud computing as well.

Segueing into fog imagery, it’s not as simple as just a cloud that’s on the ground. It actually includes cloud computing, but it’s much more than that. You might think more abstractly of fog computing as “anywhere-in-the-process” computing, but “fog computing” is probably easier to remember.

Somewhere between your device and the cloud

In reality, fog computing happens along a continuum; it’s the cycle that spans between our terrestrial computers and devices up to the cloud and back. The primary reason that this continuum exists is that not everything needs to end up in the cloud.

For example, sometimes we would prefer to have the data to be housed within our device, like a laptop, a smartphone, or a tablet. It’s possible that our devices need to talk to other devices and need this data to do so.

Fog computing involves cloud computing, terrestrial (device-level) computing and edge computing, and because data exists on so many different planes, this is precisely why it’s going to be important to the legal profession.

Getting back to cloud computing … the issue now is that we are sending all kinds of data up to the cloud and then back down to be processed by another device. Latency is an ongoing issue, and in reality, not everything needs to be sent to the cloud. As time goes by, the cloud itself is going to get more and more crowded, based on the fact that we are producing that much more data.

Anything with a computer in it is a culprit: our smartphones, our tablets, our wearables, and any devices in the IoT (Internet of Things) realm. We are producing so much data that the traffic is likely to produce a great deal of latency, and in some cases already does. The further the device is away from the cloud, the longer it will take to reach its destination.

In the future, this could become an issue for such things as driverless cars, who may produce so much data that sending it to the cloud would become not only impractical, but dangerous, where such latency can cause an accident, or put the public in danger. The data needs to be held closer to the device (in this case the car) in order to avoid this issue.

The IoT devices we use in our homes, smart home devices like Nest or Alexa, may “talk to” your appliances – your washer, your oven, your shower, your toothbrush – but these communications should ideally remain at the home level. Collected data could be compressed and then sent to the cloud, or only data that is out-of-the-ordinary could be sent, freeing up terabytes of space that might otherwise be monopolized by a lot of trivial data.

The Benefits of Fog Computing

To the legal profession, the benefits of cloud computing should be easy to understand.

So, if attorneys can get their head around the fog computing concept, they can start addressing the aspects of it that will affect the issues that we face every day.

Issues that fog computing will impact

Some of the obvious issues include data security. Where is the data being sent? How and where will this data be housed?

And then there are issues of liability. Who would be responsible in case of a hack? Who is liable for damages? What about devices that are patched together – which could be as tiny as a smart toothbrush, or as big as a driverless delivery truck. In light of the data question, who is liable if there is a failure at some point along the way?

As for privacy, how can we develop confidentiality agreements when the service itself is surveillance? What will our expectations of privacy be going forward?

In the matter of contracts, they will need to be fleshed out with consideration to all players in this system, realizing that the entities that are developing these partnerships are not the same as they have been in the past.

Intellectual property law will be affected too. Consider what may happen if a party learns new things from a data set, and goes on to patent those findings? Does the party in question really own this property?

Last but not least, there is evidence. If it exists, an attorney will attempt to subpoena, and this won’t be restricted to criminal matters. Think about the ramifications that would ensue if a lawyer were to subpoena “any and all” data from a fully connected system of devices.

This article hopefully gives you lawyers a blue-sky understanding of the next generation of technology and data. Fog computing is what it’s all about, and hopefully, this will help you better prepare to deal with the low-lying data that lies ahead.