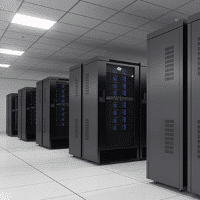 Over the past few years Rekall’s client base has expanded exponentially to afford Rekall the ability to make good on a major promise that was made when the Rekall Cloud began. By the end of Q1 2016, Rekall will have a full backup/failover site in Ohio that will be Rekall’s Site 2.

A second site means more security, redundancy and more guaranteed uptime for Rekall Cloud clients. Currently, Rekall backs up all client data to the New Jersey Data Facility as well as another facility in New Jersey. Rekall will now be using the secondary facility in Ohio to act as a secondary backup in the case of catastrophic disaster in New Jersey. This means that client data will be secured in both locations New Jersey and Ohio.

On top of this new site being a data replication site, this site will also be a failover site as well. This means that if the New Jersey site were to go down, the Ohio site would be housing all server backups and have the ability to spin up client servers in the case of a major NJ disaster giving clients the ability to keep working.

This new security upgrade comes at no additional cost to Rekall Cloud clients makes the Rekall Cloud more secure, redundant and overall the very best solution for law firms looking to migrate their firm to a private cloud.