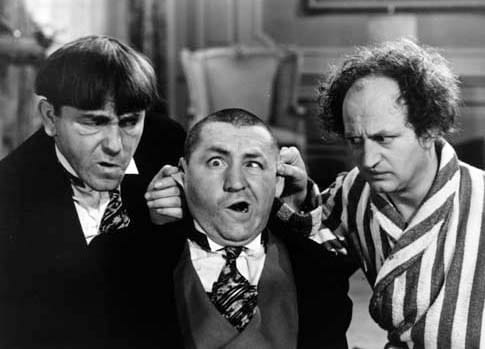 I wanted to take the opportunity to write about some funny things that happened during two office moves that I was on. I got the idea for this post while writing the Office Moves Quick Tips post. You’ll get the idea quick that the point of these posts is to do exactly the opposite of what I am about to tell you. The previous office move post reminded me of these two funny situations. The first one happened long ago when I was helping a firm move their office from one building to another. I was working as I.T. for the firm at the time under someone else and needless to say, things were hectic. We were actually moving from one office to another in the same park, close enough where movers were carrying furniture over instead of loading up their truck. I remember that we had gotten rid of all the furniture and hardware, all we had to do was move the server and the copier. At the time we figured that since the move was so short, why would we need to call the copier people? Generally you call the copier leasing people to handle any moves, I learned that the hard way. Between these two buildings there was a parking lot with concrete and blacktop. It had not occurred to us that moving this very delicate hardware would be susceptible to damage by simply rolling it over the very bump blacktop. The wheels on the server rack were those crappy little plastic molded wheels, they offered no protection or support what so ever, so we went very slowly and it was a complete success. What we didn’t account for was that the moving people were moving the copier. We were only responsible for the server and network infrastructure. I remember we were on the second floor looking down at the parking lot as we saw two large moving men moving this copier at speeds beyond the threshold of normalcy. Now lets step back for a sec, this was a large office copier, it had extra paper-trays, and a huge stacking unit for organizing and stapling prints. We only started looking outside originally because we heard this loud grinding sound coming from the parking lot. Sure enough, it was the copier. As we were on the second floor and the moving men were more than half way across the parking lot, there was nothing we could do to stop them as they rifled across the rocky blacktop chipping wheels, violently vibrating this $800/month leased copier. By the time it was upstairs my boss and I didn’t have much confidence that the copier would work but it actually did without any issues. From that time forward, I trust moving people with nothing delicate. They treat everything they move like an indestructible bowling ball. If it wouldn’t have worked, the firm would have been liable for damages since the copier was damaged during a move.

The second and probably better of the two occurred during an office move that I was on by myself. This firm was actually moving into a newly built space. It was a rush job due to the firm needing to leave their old location under some constraints. I remember the build-out was immaculate, the office looked like a old colonial house, it had a lot more style than the standard offices that I work in. I remember moving day came and there was some talk about how they were not able to connect power because of permit issues. I showed up not knowing if I was able to work because in my work, we need electric. Sure enough all the lights were on and everyone was working so I started setting up the network and the server, worked on the new internet line that had just been finished, all that stuff. So I’m working for about 2 hours then suddenly the lights go out, all the radio music stops and my the server battery backups start the beep, signaling a power outage. I poke my head out of the server room only to hear that the generator was out of gas. Out of GAS, are we in a CAR? After talking to a few people I got the info and to my disbelief, the entire property was running on a gasoline generator and would need to continue running like this for the next 30 days. While this boggled my mind today was moving day and there was no ELECTRIC. As of today, their lease began which means for the first month they will be running on gasoline? I then learned that there was a township ordinance that gas generators cannot run 24hours continuously. This meant that for 1 hour a night, the generator would have to be shut down and then put back on again. My hardware turns off when electricity is taken away, but not all hardware turns back on when the electric is returned. This caused many problems with the offsite backup and remote access especially. We had to buy enough batteries so that the items that did not turn back on would stay on during the hour where there was no power. This was a ridiculous situation, and the firm went into it knowing that this would be the case. Please promise me that you never do this, it caused so many I.T. problems and work issues for that first month.