Tablet Vs. Laptop, Which is Better for Law Firms? 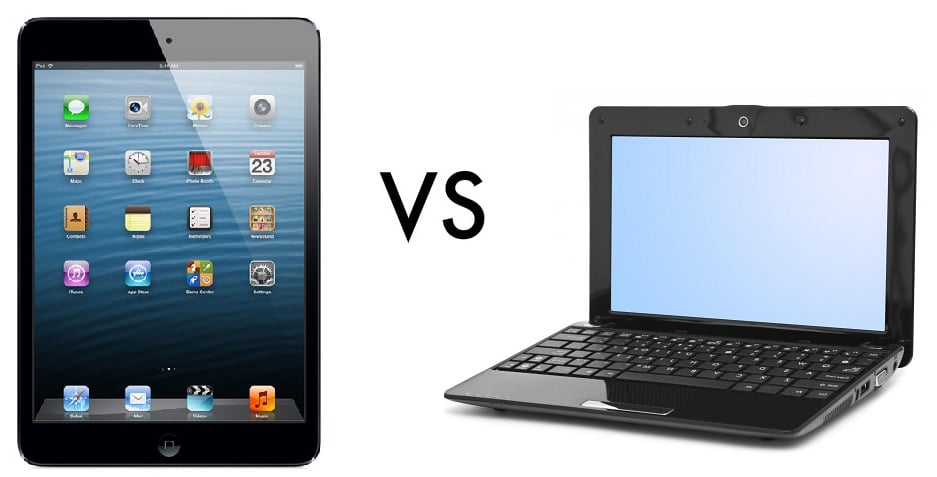 In the past few years tablets have absolutely taken over. We’re talking about iPad’s and Android tablet devices since they are the most supported. Not sure if you remember netbooks, they were really small, cheap, and under-powered but marketed toward ultra mobility. Not many people realize this but once iPads took the stage back in 2010, netbooks suffered a very quiet death. You can still get them, but why bother? Many people use iPads for the same reasons that they use netbooks, yet iPads are even more portable which brings us to the question, tablet or laptop.

The truth is that they are both helpful tools for different reasons. Our law firms are using iPads and tablets more and more to remote into the office while they’re in court or on the go. It gives them the ability to instantly check documents, remote on to their office desktops and even track time for those applications who support mobile devices. No matter the support, with a tablet the user has the ability to remote into their office desktop and work as if they are in front of their desk. We offer LogMeIn accounts due to the fact that the LogMeIn app is now free and is support by Apple. The main benefit of a tablet is it’s portability, especially when adding a data plan. With a data plan that usually runs $25/month, your tablet can get internet wherever there’s cell service, making it easy to remote into your office from your car or go through you email and download attachments while at a client. The main difference in portability between laptops and tablets is the fact that information is instantly accessible with a tablet. No computer booting time, no slow downs. Your tablet is always on and the standby battery life can last up to a week and even longer.

One thing that’s worth mentioning about tablets, there are add-on keyboards and docks to make it easier to type. They’re nice for typing emails but they have a few problems. The really nice, less flimsy keyboards snap onto the tablet and hinder the use of the tablet as a true tablet. The keyboard case (I guess I’ll call it) makes the tablet turn into a laptop form like the picture on the left. To use the tablet as it was originally intended, without the keyboard, you have to snap the case off. Often it’s just easier to leave the case on because it’s a pain to snap it on and off, thus you use the tablet less because you need a flat surface to use it with the case on. Terrible idea.

You can always get this kind of keyboard for your tablet. This keyboard makes it easier to type and also easier to take off the dock and use as it was intended. I have seen some users have issues when it comes to using the touch screen in this position. Since there is no mouse, when you type, you need to use the touch screen to navigate through your iPad while it’s on the keyboard dock. Since this dock makes the iPad stand up tall, the dock is top heavy. When you go to touch high up on the screen, the force of your touch plus the weight of the iPad may flip the keyboard. I have actually seen this happen.

When it comes to laptops, they’re definitely more clunky. They’re heavier and they take longer to boot. There’s a lot more to them than just applications, they’re entire computers whereas a tablet is a lot simpler. There is one area where laptops reign supreme beyond all the powers of the tablet. Laptops are second to none when it comes to producing real work. I don’t mean checking email, I don’t mean tracking a few hours in your billing software. I mean pulling up documents, editing, writing, sending out emails with attachments, and getting things done. You simply can’t do this comfortably on a tablet. Yes there are keyboards, docks and things to make real work easier on a tablet, but in my opinion, they fall short to a real keyboard and a nice big screen. The lack of mouse on a tablet is a major issue when trying to work. Some people say that Apple purposely disabled any kind of mouse support because they felt it would hurt their laptop sales. When your working at home, on vacation or wherever, you want to be able to work as you do in the office, and no other technology gives you this ability plus portability besides a laptop. For ultimate mobility, you can even tether your phone’s cellular data plan to your laptop.

I hope the message was clear in this article. Tablets are for checking up on things, checking email, maybe tracking time or adding a contact into your contact list. But when you want to work, and I mean really work, a computer is what you need and a laptop is what you’ll want. I say get both. The tablet will help you on a daily basis with small but useful tasks, a laptop will help you get work done when it counts the most.

One more thing, this thing to the left looks terrible. Dell thought they had a great idea, they put a tablet and a laptop in a room for 30 days and this is their mutated offspring, a laptop that flips out to be a tablet. It’s looks heavy and really clunky. There’s a reason why Apple keeps making their iPads thinner with each generation, and it’s because thin tablets are awesome and light. Dell apparently didn’t realize this. On top of that, it comes with Windows 8 which is terrible. Steer clear of this abomination.