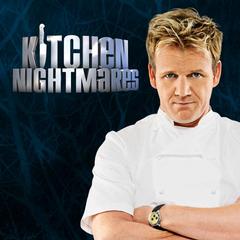 Last week we signed a brand new law firm that was in need of a serious IT overhaul. Whenever we meet potential clients we always ask why they are looking to switch. In this case, they explained that during hurricane Sandy, their current IT company didn’t even reach out to them with support. They were down for 2 weeks without email, dead in the water and had to bring in generators to power themselves up while their IT support was nowhere to be found. On top of this, their IT company was based all the way in northern NJ while the client is located in central NJ. They also complained about response times as well which is quite common. At this point we rolled up our sleeves and jumped in to work on their network.
When the client called their old IT provider to cancel, the provider asked if they could fix one last thing related to the backup before they were locked out. The client did not let them back in which was the right thing to do. What we found on their network was on par with any mismanaged kitchen from Gordon Ramsay’s Kitchen Nightmares. The servers were un-monitored, the drives were heavily fragmented, the mailboxes were out of control, and the backups were failing, just to mention a few issues. This is when I realized that organizing your IT is just like organizing a restaurant for success. As a big fan of the show Kitchen Nightmares, this analogy came natural.

For starters the backups were not completing successfully. There’s a difference between backups running and the backups completing successfully. Obviously you want your backups to complete successfully. The problem is that they had been not successful for a long time. The other issue was that only half the servers were being backed up while the other half was completely forgotten about. Keep in mind that the partners of the firm had no clue this was going on. This is a lot like a neglectful chef letting expensive ingredients spoil without the restaurateur’s knowledge, cash in the trash. For a restaurant it’s lost money, for a law firm it’s less coverage in case of downtime which results in lost billing.

After speaking to their offsite backup company which we could not get a hold of for 3 days, (Bad Support) we found out that they offered an emergency server service. During hurricane Sandy, their backup company could have hosted a replicated version of the client’s server with remote access for firm users. The old IT company never inquired about this and the firm lost 2 weeks time and billing, not to mention the fact that they could not communicate with their clients during the hurricane. That’s just poor planning.

We noticed that every user had tremendous mailboxes, the average was 6GB. One user even had a 20GB mailbox. It’s apparent that there were no enforced rules on mailbox sizes. The old IT company kept allowing the users to grow out of control which has implications for the network and the workstations, mostly making Outlook sluggish and affecting the performance of the entire workstation. It’s like having one sous chef on the line that that’s always slow to prepare meals. His slowness will affect the entire line of cooks and decrease their productivity on the whole. We have since made plans to move their email to the cloud so they never lose touch with their clients again.

We also found old mailboxes sitting on the server from users that have not worked with the client for years. These mailboxes were sitting there, un-monitored, collecting junk mail every day, increasing in size and hurting server performance. On top of that all these junk mailboxes were being backed up to the offsite backup increasing the clients monthly bill. We did a full cleanup of all users and mailboxes and archived important old mailboxes once and for all to stop them from growing any larger. This process took a full night and we had to do it off hours due to server reboots and downtime. The work reminds me of a full kitchen shut down. Often when Gordon Ramsay find the kitchen to be dirty, he shuts the place down and performs a complete and thorough deep cleaning. The dirt affects the dishes leaving the kitchen and the bloated data affects server performance and ultimately firm productivity and backup costs.

Ramsay talks about standards a lot, he always says, “Where are the standards?!” when talking to a chef’s who lose their passion for cooking. This is very similar to IT. Every IT company has different standards, that’s what makes some IT companies fail while others succeed. The point of this article is to explain IT theory in a way to help you better understand. IT is something you as an attorney hate dealing with, and we know that. Don’t settle for sub-par IT because you don’t want to deal with it. An IT company with high standards will organize your firm, increase your productivity and time tracking, and help bring your firm to the next level.